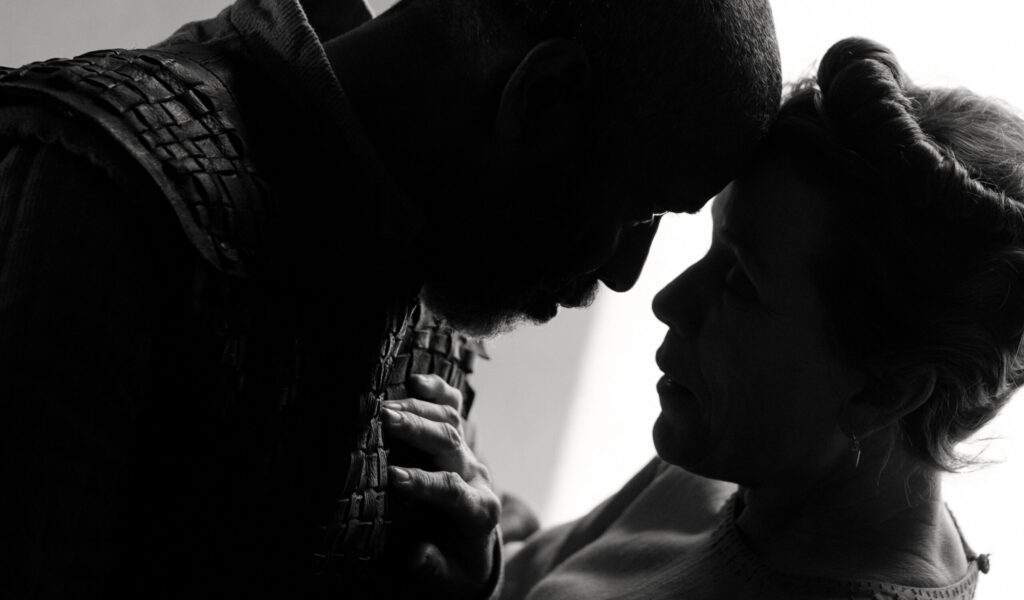 THE TRAGEDY OF MACBETH (If you want to see the hottest new title) Vincent Georgie: Shakespeare does not get a rise of excitement from…

THE TRAGEDY OF MACBETH

(If you want to see the hottest new title)

Vincent Georgie: Shakespeare does not get a rise of excitement from all film lovers, but Joel Coen’s adaptation of the classic starring Denzel Washington and Frances McDormand is must-see cinema if only to see how these talented people approach this well-known story. Add on incredible black-and-white cinematography, and virtuoso theater actress Kathryn Hunter (as the Witches) and you will be in for an impressive night of film.

Synopsis: A Scottish lord becomes convinced by a trio of witches that he will become the next King of Scotland. His ambitious wife will do anything to support him in his plans of seizing power.

(If you want a film that you will keep thinking about)

Vincent Georgie: I love this film. I saw it a few months ago and continue to revisit the lives of these women in my mind. Whereas some films seem to evaporate once the credits roll, this film lingers in all the best ways.

Synopsis: In a cluttered news landscape dominated by men, emerges India’s only newspaper run by Dalit women. Armed with smartphones, Chief Reporter Meera and her journalists break traditions, be it on the frontlines of India’s biggest issues or within the conﬁnes of their homes, redeﬁning what it means to be powerful.

(If you want an impeccable European drama)

Vincent Georgie: This is a beautiful, sensitively made French drama that has, at its center, a romantic mystery. Star Pierre Niney (star of many fave films from past Festivals) is perfect and appealing in the lead role. If any of our WIFF fans are missing the top-shelf international dramas that we frequently showcase, this film will do the trick.

Synopsis: In a small German town in the immediate aftermath of WWI, Anna grieves for her late fiancé, Frantz. When she encounters a mysterious young Frenchman laying flowers at Frantz’s grave, Anna welcomes him into her life and their shared connection to Frantz propels a haunting and romantic tale of guilt and forgiveness in the shadow of war.

Costner has had a career renaissance of sorts as of late thanks to his incredibly popular series “Yellowstone”. These film recommendations show off both the appeal of his talents, as well as his ability for shading and complexity. While FIELD OF DREAMS is a beloved all-time fave for many, I suspect A PERFECT WORLD might be a great discovery for many.

When Iowa farmer Ray hears a mysterious voice one night in his cornfield saying “If you build it, he will come,” he feels the need to act. Despite taunts of lunacy, Ray builds a baseball diamond on his land, supported by his wife, Annie. Afterward, the ghosts of great players start emerging from the crops to play ball, led by “Shoeless” Joe Jackson. But, as Ray learns, this field of dreams is about much more than bringing former baseball greats out to play.

Butch, an escaped state prisoner from a Texas jail, kidnaps Philip, a young, impressionable boy. As they embark on a trip across the American Southwest together, a surprising bond grows between the convict and his captive, even as law enforcement forces slowly catch up with them. An honorable Texas Ranger, Red Garnett, understands Butch has a heart of gold but must pursue him anyway out of duty to the law and a desire to protect the child.