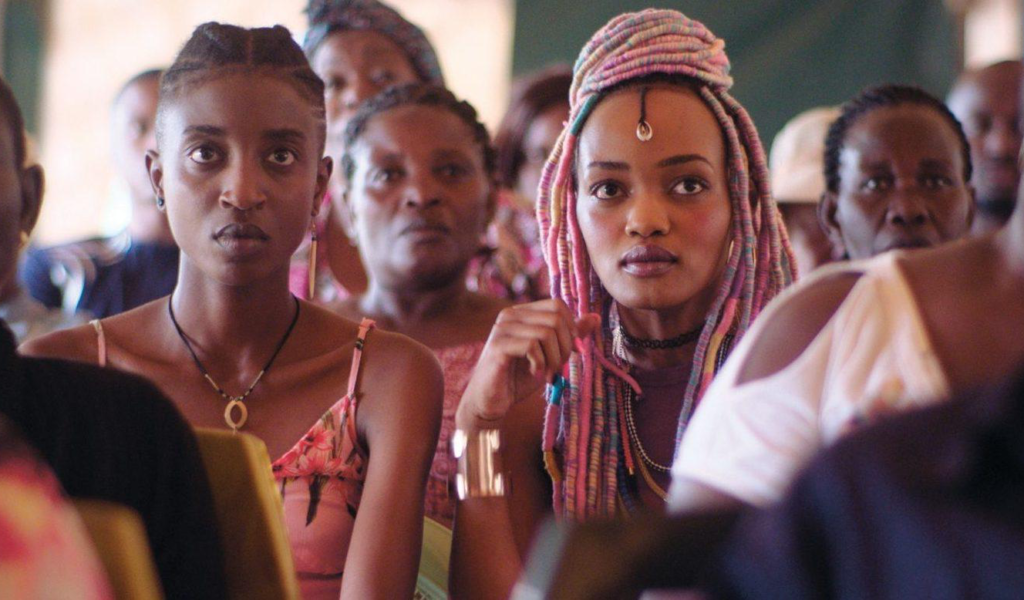 Hi I’m Sophie Brett and I’m a grade twelve student at St Joe’s. I enjoy watching films that aim to be bold and different….

Hi I’m Sophie Brett and I’m a grade twelve student at St Joe’s. I enjoy watching films that aim to be bold and different. My favourite films are Brooklyn, Room, Lady Bird and Sorry to Bother You. This year I’m looking forward to Rafiki, Giant Little Ones,

American Animals, The Devil We Know and Shoplifters.

In Kenya, where homosexuality is a crime, two teenage girls fall giddily in love. They are the daughters of male political opponents, their relationship faces obstacles from the very start; they must choose between their happiness and love, or their safety. The film is an unflinching look at both the love and the shame these women go through, hiding from the law, and their families. The homophobia they fear does not exclusively come from the law, it has been embossed in their culture and in everyone around them for generations. The cinematography in this film is outstanding, stocked full of vibrant colours and urban landscapes, immersing the audience into this largely unknown world. Rafiki is both tragic and fascinating for a Canadian perspective, as it takes our western ideas on homosexuality and flips them on their head. It is shocking to find out that the film is banned in Kenya for its homosexual content, yet another reminder that progress in the West does not necessarily mean progress everywhere. It is a fantastic film about feminism, acceptance and perseverance.

In 2004, four middle class college boys decided to dress up as old men and steal a collection of rare books from their college library. What follows is a gripping docudrama, where memories are blurred and facts are contradictory. One of the more interesting aspects is their real life criminals appearing in the film, sometimes for documentary style commentary, other times right next to the actor portraying them. This could have been very jarring and off putting, but it makes the film stand out from an array of other heist films. It also adds a level of contradiction, sometimes even as small as a the colour of a scarf. The incredible directing in the film transforms it from an average heist film, to a teeth clenching, genre bending film that asks tough questions about youth in America. The film addresses the darker reason behind the heist, and how out of place and useless many college kids feel, especially in America. American Animals is an ambitious film that blends fiction and reality to perfection, and is able to remain one of the best films of the year.