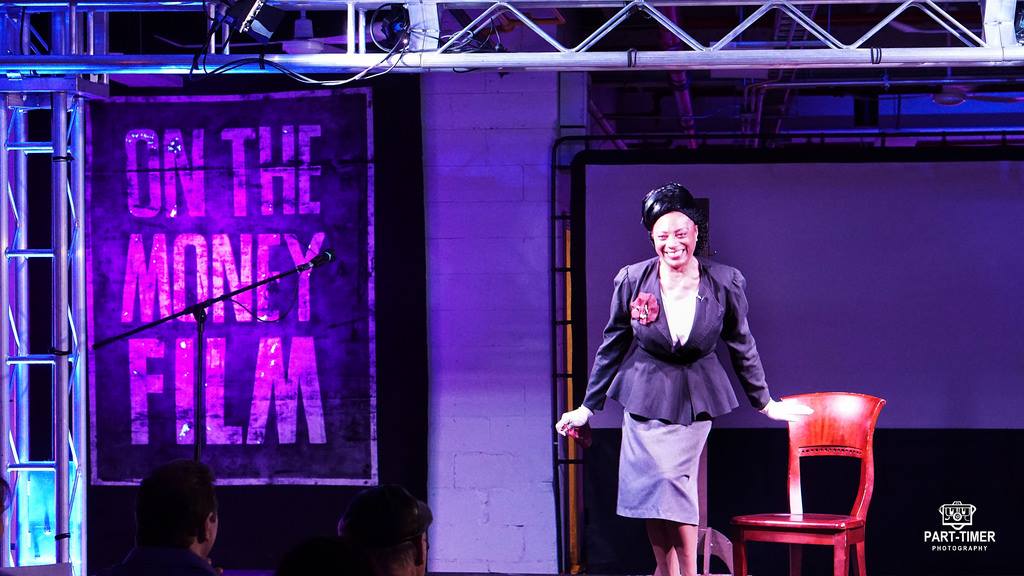 The Windsor International Film Festival and the Capitol Theatre/Windsor Symphony Orchestra (WSO) are pleased to present ON THE MONEY, screening as one of the…

“The Capitol Theatre and the WSO want to encourage and showcase local talent. Each year, the WSO endeavours to showcase regional musicians and soloists in its programming and the Capitol is the preferred venue for many local theatre groups,” said Sheila Wisdom, the WSO’s Executive Director. “ON THE MONEY brings together the disciplines of writing, film-making, acting, and singing in a film that inspires and challenges the viewer and brings history to life.”

“The Capitol Theater and the WSO’s support of the film of Leslie McCurdy’s work speaks volumes to their commitment to telling important local stories,” remarks WIFF Executive Director and Chief Programmer, Vincent Georgie.

The filmmakers, Pat Jefflyn and Kim Kristy, selected the Capitol as a location for filming for their first film, Pat and Emilia. Leslie McCurdy is no stranger to the Capitol Stage; she has shared her stories of Billie Holiday and Harriet Tubman to several audiences there.

ON THE MONEY screens Tuesday, October 30th at 7:30 p.m in the Kelly Theatre, located within the Capitol Theatre.