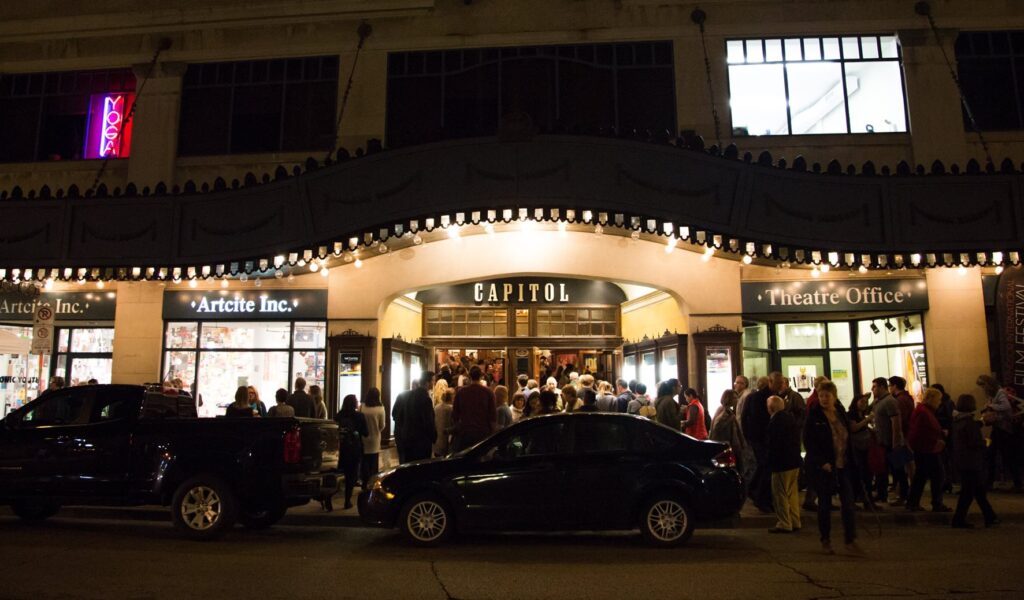 “The biggest WIFF yet, and the best is yet to come,” exulted Vincent Georgie, executive director of the Windsor International Film Festival, at the event’s closing night for 2017.

The annual week-long celebration of cinema ended its 13th edition on Sunday night with praise for the many people who made it possible and a promise that this year’s success will continue.

Georgie said an estimated 22,000 tickets were sold over the week — a new record for WIFF.

“Anyone see any good movies?” Georgie asked the closing night crowd at the Chrysler Theatre. “One or two? What a ball. Oh, it’s been such fun.”

WIFF 2017 brought 113 films from around the world to the Capitol and Chrysler Theatres. The closing night screening was a fitting appreciation of art: The French documentary Faces Places, which presents an 88-year-old filmmaker’s final adventure across her native country.

Before the showing, Georgie took the time to thank the festival’s sponsors, venues, board of directors, managing directors, box office staff, technical staff, and student volunteers.

WIFF board member Marty Beneteau returned the favour, offering “our most highest and heartfelt recognition” to Georgie.

“Vincent is tireless,” Beneteau said. “It is with you (the audience) in mind that he walks the walk of WIFF.”

Festival-goers were happy to share their experiences from the past week. Movie buff Demetri Kalmantis went to seven screenings, including A Ghost Story, Lady Macbeth, and the hand-painted animated film Loving Vincent.

“This has been my favourite festival yet,” Demetri said. “I’m so grateful that we have the film festival here.”

“It was probably the most creative film I’ve ever seen,” Evangelo enthused.

Mary Boulineau went to the closing night screening with her daughter, Anik. A Grade 11 E. J. Lajeunesse student, Anik attended three of the many French-language screenings throughout this year’ s festival.

“I enjoyed it very much. These kinds of movies, you don’t see them often on the big screen,” Anik said. “It gives you a different perspective of the movie industry.”

But Mary was most impressed by the film 12th and Clairmount — a documentary of the Detroit riots of 1967. “It brought tears to my eyes,” she said. “It was awesome. Very intense.”

For anyone who somehow missed this year’s festival, you can still be a cinephile: Thanks to a donation from the University of Windsor alumni association, WIFF will be holding special screenings during the spring of 2018.

Select films — including favourites from this year’s festival list — will be shown on Jan. 11, Feb. 8, March 8, and April 12. Visit www.windsorfilmfestival.com for details and updates.

Georgie also announced the dates for next year’s festival — Oct. 29 to Nov. 4 — and said the board will begin working on the lineup for WIFF 2018 in two weeks’ time.

“Book the time off or call in sick a year early,” Georgie joked. “We will see you there.”