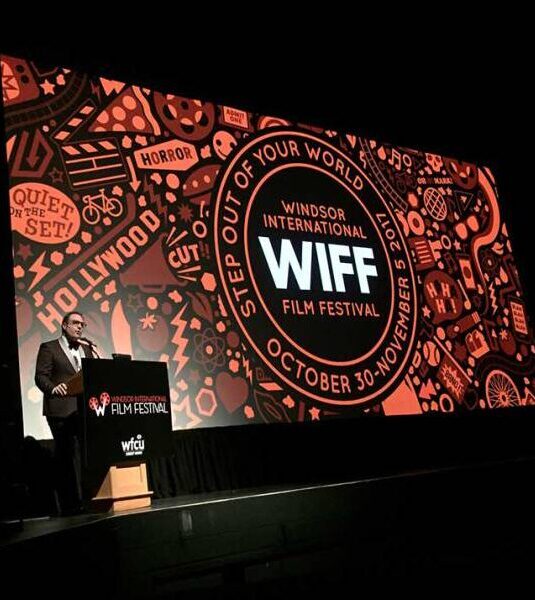 WIFF receives a game-changing grant from the City

A game-changing injection of $250,000 for the Windsor International Film Festival, $1 million for a boat and improvements to Peche Island and a $500,000…

A game-changing injection of $250,000 for the Windsor International Film Festival, $1 million for a boat and improvements to Peche Island and a $500,000 mountain bike course are among the half-dozen projects Mayor Drew Dilkens wants included in this year’s enhanced capital budget.

The mayor revealed his list Thursday, prior to budget deliberations Monday and Tuesday, when the enhanced budget will be one of the most anticipated debates among city councillors.

The $10 million is set aside for projects like improving roads, lighting and parks that councillors want — usually for their individual wards — which aren’t included in administration’s proposed $640-million six-year capital budget. Dilkens said when his list is included, the cost of several dozen “asks” amounts to more than $28 million. It’s his job to come up with a recommended final list, which he suggested could end up exceeding the traditional $10-million allotment.

For the film festival, which in past years received little in the way of direct city funding except for some advertising, Dilkens’ announcement was a stunner.

“It’s amazing. I’m sorry, I’m almost overwhelmed by it. It really, really is bringing us to the next level,” WIFF executive director Vincent Georgie said of Dilkens’ support.

The capital money will go to buy all sorts of costly equipment that the festival has had to rent (renting projectors and sound equipment alone costs about $75,000 annually). That will save the festival major dollars and allow it to expand its operation, from seven days to 10 starting in 2019, and show films year-round. Georgie said that the mayor recently approached him and asked what was needed to take the festival to the next level, to make it the largest volunteer-run film festival in Canada.

Dilkens said this is the year to invest in the 13-year-old festival — which has grown by impressive numbers thanks to great efforts by its volunteers. With the opening of the  University of Windsor School of Creative Arts, the potential is there to create a cultural hub in the downtown. He said he didn’t want to provide money to just help WIFF keep the lights on.

“The main goal at the end of the day is to be Canada’s largest-run volunteer film festival,” he said.

Peche Island, meanwhile, is an “absolute gem,” a former provincial park acquired by the city in 1999, that few citizens can enjoy because you need a boat to get there, he said. “We are a city that owns an island and it’s a beautiful place but it has not been treated very well.”

He’d like to buy a small boat that could take perhaps a dozen people back and forth, plus invest in repairing the trails and installing some signage on the 86-acre uninhabited island. He expects a small fee would be charged for the trip. “I want to open it up so the entire city can enjoy it,” Dilkens said.

The mountain bike course addresses the howls of outrage that followed the city’s decision to close down two homemade courses in city parks — one by the Ganatchio Trail that was “frankly unsafe,” and another in Black Oak Heritage Park, where people actually used mechanical equipment to tear up the environmentally sensitive land, according to the mayor. The location of this new course has yet to be determined.

Another project he’d like to see included is $100,000 for wayfinding signage on the Ganatchio and Little River trail systems. These would be markers located regularly along the trail, that you could refer to if you need to call for help and tell first-responders where you are. This is not a response to the brutal unprovoked attack in October on a 75-year-old woman on the Ganatchio that rendered the woman battered and unconscious, the mayor said, because she was discovered in a place that could be easily found.

The final two initiatives on Dilkens’ list don’t yet have prices. One is the continued efforts at districting in the city’s neighbourhoods like Walkerville, Sandwich, Ford City, Riverside and the downtown, to give each a distinct identity. The other is to start a reserve fund to help pay to fix the city’s basement flooding problems once a sewage master plan is completed later this year. The solutions may end up costing more than $100 million, so Dilkens wants to at least start the fund, contributing perhaps $1 million or $500,000.

The mayor said while he’ll have to pare down the many proposals put forth by himself and council into a smaller package for the end of budget deliberations on Tuesday, it’s ultimately up to the majority of council what gets picked for funding.